I give complete and total credit to Disney & PIXAR with Digimon & Mermaid Melody Pichi Pichi Pitch in anime for the videos & imagens I've come up with. I DO NOT INTEND TO MAKE PROFITS OR TAKE CREDIT FOR THEIR WORK.

I want to thank God first and foremost for giving me the understanding of handling video & Photo of imagen in Groups production (and showing me how to have fun with it!!!)

Thank you Panama in American Latin! You guys are giving me the best views!

Welcome to My Disney Cinema ! Where Walt Disney magic comes to wikia! Enjoy your stay at this Cinema and expect plenty of videos to be on the Vlog every now and then!

I'm currently in the process of making an animated climactic short, and I wanna thank DISNEY5ify for being my partner! 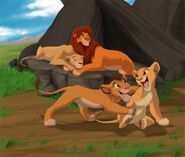 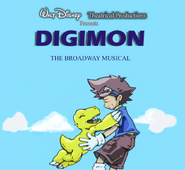 Add a photo to this gallery
Retrieved from "https://fanfictiondisney.fandom.com/wiki/User:XavierPanama?oldid=7141"
Community content is available under CC-BY-SA unless otherwise noted.
FandomShop Newsletter Join Fan Lab